Exciting Places To See In London in 2016 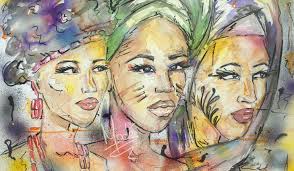 A visit to British Museum will take you back in time. Its near 8 million works have a primary focus on human history, art and culture. Situated in city's Bloomsbury area, it is ranked among the largest in existence. It consists of dedicated departments for antiquities, prints, drawings, coins and medals and ethnography. Collection of prints and drawings in this museum can be regarded as finest in world. Eight thousand square metres large Queen Elizabeth II Great Court is an updated addition to the museum. Topped by a glass roof, it consists of an indoor courtyard and a central circular reading room. Built under supervision of Norman Foster and group, its enormous open space facilitates visitors' access to different museum areas.
Access by public transport
The museum is well connected to Tottenham Court Road, Holborn, Russell Square and Goodge Street stations that are all part of London Underground.
National Gallery:
A major landmark of Central London is the National museum in Trafalgar Square that instantly captivates art patrons. It came to life with procurement of 38 pictures by the British Government that formerly under ownership of a wealthy banker John Julius Angerstein. The collection was placed in Pall Mall, from where it was relocated to the current location in Trafalgar Square. Currently it is a home to renowned works like Eyck's Arnolfini Portrait, Velázquez's Rokeby Venus, Turner's Fighting Temeraire and Van Gogh's Sunflowers. Works in gallery are arranged in nearly chronological order. Along with free entry, this landmark is connected by buses and London underground.
Victoria and Albert Museum:
A treat for art patrons is the Victoria and Albert Museum. Situated in area called Albertopolis in district of Royal Borough and Chelsea, it houses finest collectibles centred upon decorative arts and design. Its establishment dates back to 1857, when it was called the South Kensington Museum. Present name was conferred in 1899, after laying foundation stone of new buildings along Exhibition and Cromwell roads. Spanning across an estimated area of 12.5 acres land with nearly 145 galleries, it is a home for holdings of ceramics, glass, textiles, costumes, silver, iron work, jewellery, furniture as well as drawings and photographs that are regarded as largest and most widespread on a global scale. This museum has been venue for various scenes in movies like Tinker Tailor, Soldier Spy, Hugo and Trance being the recent.
Museum departments
Collection in the museum is split into four departments namely Asia, furniture, textiles and fashion, sculpture, metalwork, ceramics and glass with further sub division into sixteen display areas.
London Eye:
An ornament on the south bank of the River Thames is a giant Ferris wheel that offers astonishing bird's eye views of the city. Formerly owned by British Airways, it is currently under the ownership of EDF energy. Standing tall a height of 443 feet, it was inaugurated by then Prime Minister Tony Blair in 31 December 1999, and holds the record of being the most popular paid tourist attractions in the United Kingdom. Visitors can be seated in its 32 sealed and air-conditioned ovoidal capsules that are powered by electric motors. With a capacity of 25, each of the capsule is an indicative of London Boroughs.

Majority of the landmarks in London are well served by public transit system with quick and prompt services. In order to avail a service, you need to reach its designated arrival/departure spot and possibly be faced with long ticket queues. Also, the possibility of unpredictable crowd cannot be denied. Furthermore, certain systems may not be large group or kid friendly. These instances can be addressed by London taxis that allow you a luxury of private vehicle for a pickup from your preferred location as well as safe luggage handling.


Article Source: http://EzineArticles.com/9373839
at 2:18:00 PM
Email ThisBlogThis!Share to TwitterShare to FacebookShare to Pinterest