Does African Art Have a History? 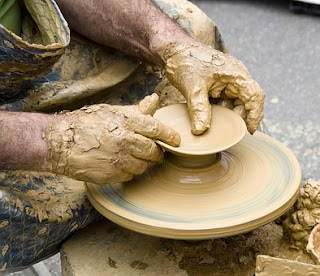 Art history is said to be the study of the past, particularly how it relates to humans. The term is universally applied to past events of individuals, cultures and associations. It unravels the genesis or etymology of the things in existence today. The term 'history' is from the Greek word, 'historia' meaning "inquiry, knowledge acquired by investigation" (Munslow, 2001). Thus, it is the thorough investigation and search of our past which results in the acquisition of the knowledge of the past or the origin of things. The learning of our history is very important. Learning of the past has the potential of improving the life of man today and in the future.

However, it is sad to know that a poor documentation usually result in ambiguity and even loss of the wonderful storehouse of knowledge of the past. Prior to the advent of writing, history was preserved orally and passed on from parents to their wards resulting in oral historical tradition. The age of writing has witnessed the recordings of our past oral historical tradition. Long before the recording of events the colorful African art history has already been growing, reshaping itself with the passing of time. Depicting the various and elaborate societies and empires, the history of African art illustrates the vibrant cultures and traditions each group has nurtured with each successive generation.

There have been several distortions in the written histories. Such is the largely the case of the documentation of African art history. This is making some people even those in the academia to assert that African art has no history. But can this assertion be true? Certainly that cannot be. African art has a history since every human endeavor has its Genesis. African art is mostly used to refer to the Sub-Saharan arts excluding the arts of the North African areas along the Mediterranean coast. The arts of the North Africans are normally classified along with Islamic art by some scholars. This is very unfortunate and wrong because a critical analysis of the arts of Northern Africa such as Egypt and others reveals different formal values and principles which are not characteristics of the Islamic art forms. The author opines and redefines African Art as the ingenuity and creative innovations of Africans in the various forms of arts which mostly have African traditional cultural elements and values.

The origins of African art can be traced in a longer time span even before recorded history. African rock art in the Sahara in Niger alone preserves wood carvings that are more than six thousand (6000) years. Also, the paintings and artifacts of the Egyptians, and indigenous southern crafts which have greatly contributed to African art find their places in the ancient times. Artworks in Africa were often depicted in abstract forms of animals, plant life, or natural designs and shapes.

In West Africa, the earliest known sculptures are from the Nok culture which thrived between 500 BC and 500 AD in modern Nigeria, with clay terracotta figures typically with elongated bodies and angular shapes. It is known today that very complex production techniques of art were developed in sub-Saharan Africa around the 10th century. This includes the mastery productions of bronze works of the Igbo Ukwu as well as the terracottas and metal works of Ile-Ife which was ornamented with ivory and precious stones are examples of the proud artistic heritage of Africans.

We cannot dissuade these wonderful historic accounts of which we have visual proofs of the works and blatantly say that African Art has no history. It has not just a history but a rich, colourful and long standing artistic cultural history.

The study of art history is largely divided into two by art historians. These include studying the history in thematic fashion or in timelines. The thematic elements approach to the study of African art includes looking at the history in the light of some themes or topics. Some of the themes as sculpture of Africa, Adinkra cloth production by Ghanaians etc. Others include materials for production, countries, etc. The author want to take affirm that there are histories of some of the visual artforms such as Adinkra cloth, Kente, wood carvings and goldweights produced among the Asante ethnic society in Ghana.

African art has a long standing history which must be acknowledged. As Art historians, art critics and authors, we have to write and record the wonderful creations of Africa. There is the urgent need now for art critics and historians in Africa and Ghana especially to record the extraordinary works of art of today's contemporary African artists to make them available for our forebears. Adulteration of our historical traditions would gradually mar our identity as a people. African art has a history and we have to preserve, promote and transmit this historical heritage. If art educators, curriculum planners etc. make the teaching of our rich cultural African art tradition a priority, we will be able to propagate our rich African art tradition and lavishly paint it on the world's largest canvas of art history.

Article Source: http://EzineArticles.com/9483980
at 3:54:00 AM
Email ThisBlogThis!Share to TwitterShare to FacebookShare to Pinterest