Making Meaning of The African Union Day: Is Cultural Hybridization The Answer? 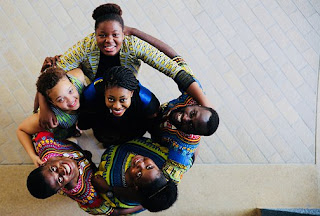 The African Union is a body that replaced the Organisation of African Unity established on the 25th day of May 2001 in Addis Ababa in Ethiopia. This continental union was later launched on the 9th of July 2002 in South Africa. The Union is tasked with the primary goal of promoting peace, security, and stability in Africa. Taking its root from the Organisation of African Unity established on the 25th of May 1963, the African Union has increased its member states from thirty-two to fifty-five. The African Union as a body has set up the Peace and Security Council that is mandated to ensure the fruition of its aims and objectives. Despite the commendable efforts and successes that the African Union has achieved in its quest to subdue conflicts and wars on the African continent while setting the tone for lasting peace, Africa still faces major setbacks that challenges her hopes and aspirations for peace and tranquility. The African continent continues to wobble in maintaining national and regional peace. There are age-long conflicts and insurgencies that haunt the continent and there are yet many others that are emerging due to family, clan, ethnic, cultural and religious animosity and strife. As a cultural anthropologist, I argue that the solution to the cessation of these ever-wakening fear of conflict is all African countries embracing the concept of hybridization of cultures.

A rigorous analysis of the conflicts that plague the African continent reveals underlying factors associated with disagreements and refusal to accept the culture and religion of one another. The truth of the matter is that all factions on the African continent have the right or freedom to operate without humiliating and/or demeaning each other. This is bent on mutual respect and acceptance of the cultural, ethnic and religious differences that exists amongst the diverse nationalities in Africa. This is what cultural hybridization stands for. Of course, viewpoints of individuals, families, and societies vary, but all share one common objective of living in harmony with one another, seeing our families' happy, enjoying friendships, work, and recreation. All these pleasure moments are often rubbed in the mud when peace, the pinnacle of such wholesome activities is challenged.

Cultural hybridization which means accepting and respecting the cultural and religious differences of each other, calls for a toleration of one's beliefs, ideologies, norms, and values. Usually, it is when the religious beliefs of a group of people are mocked and trampled upon that has been the major cause of the conflicts and strife on the African continent. It is time for all African countries to reckon that they need to embrace and accommodate each other's cultural, religious and ethnic distinctiveness. Africans must remember that the cultural diversities in Africa do not in any way warrant enmity amongst member states. Unity and oneness would make the continent thrive in attaining its sustainable development goals. This is not the time to clinch to age-long conventions that set African nations apart, but rather forge in togetherness, peaceful co-existence and understanding that would make the continent what it is supposed to be- A constant sparkling star to behold. Africa should not be seen as a broken mosaic piece, but a carefully composed piece of diverse tesserae that can swallow the frailties of one another.

The old page of animosity and strife perpetrated by family, cultural, ethnic, and religious diversities must be closed. Yes! There must be a new page of cultural hybridization where there would be cultural and religious toleration and respect, putting all African states in one hopeful cloth of peace, unity, and oneness. Until the campaign for cultural hybridization is propagated and ingrained in Africans, the glorious aim of the African Union, which is promoting peace, unity, and stability in Africa would continue to be a shadow.

Article Source: http://EzineArticles.com/9715545
at 3:46:00 AM
Email ThisBlogThis!Share to TwitterShare to FacebookShare to Pinterest