The Decline of African Universities, Hope and Despair on the Postcolonial Campus 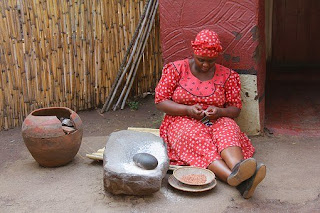 Although Africans were among early makers of human civilization the modern African university owes nothing to African genius. It is distinctly the creation of the colonial state.

In the contemporary world Africa lags way behind in development regardless of indices we use. The writer and broadcaster Ali Mazrui has likened Africa to the Garden of Eden in decay a place that once had it all but that now has lost all, a king only yesterday but a pauper today.

Yet in numbers alone, African universities have grown tenfold, churning out thousands of graduates. But numbers though important are not the game here. African universities as they are today betray little of the vibrant traditions that once animated the continent. Despite the poverty and the backwardness these traditions still animates rural Africa today. Take the case of the Acholi people of Northern Uganda.

The emergence of the African novel at Ibadan and the rise of the modern African art in Zaria, both events occurring in the middle of the last century, occurred because the colonial students that shaped the moments found a way to reconnect to their African past and from there drew strength.

The African university today, whether Senegalese or Malian, has routes not in the rich traditions of Africa, but in Africa's immediate colonial past. This is the problem. Because the colonial past is the past of despair. It represented a period when Africa had lost the initiative was clueless.

Unlike ancient Timbuktu or medieval European universities, the colonial university was not an organic institution. It did not rise out of the land. It could not offer a basis for the flowering of culture and learning. It was limited in scope and scale. It admitted few students, offered few carefully selected courses, taught by colonial professors. The colonial students were cultural refugees, cut off from the treasure house of their heritage.

There was little to distinguish between the colonial professor and the colonial administrator. Both were steeped in colonial culture. In colonial times you could not as a white person, live in Africa except as a colonizer. Colonialism as the life of Karen Blixen in colonial Kenya demonstrated was a collective thing. It was a lived experience that sucked in all persons from the metropolitan countries that lived in the colonies.

The colonial university sprang out of the milieu of the debilitating condition produced by colonialism. The colonial university could never have been a marketplace of ideas in sense Oxford, Cambridge, and the Sorbonne were and still are. But within its framework, the colonial university functioned admirably. Immaculate facade bestowed the grace of a metropolitan campus, radiated serenity, civility, and wholeness. Within its four walls the contradictions that were imperialism seemed far away.

On the eve of independence the postcolonial state inherited the colonial university, little understanding its complexity. The inheritance was its most prized possession. So acute had been the hunger for knowledge and learning and so limited the opportunities. Chinua Achebe has remarked that the colonial university was the only good thing colonialism did in Nigeria.

In the immediate post colony, the new President became the new Chancellor of what had become overnight the national university, but it was national in name only. Nothing pleased the President more than when he appeared in full academic regalia and presided over convocation ceremonies. Viewed as a symbol of prestige, the colonial university in its post colony stage was sliding towards outward appearance and further away from substance. During colonialism proper the institution knew exactly its purpose understood its mission and acted accordingly. Now the new managers of the place did not comprehend the dynamics at work but acted as though everything was alright.

The ceremonies were conducted in a postcolonial culture saturated with the music and the culture of modern pop. Modern pop was suddenly the new power in the land.

In time the neo colonial state proceeded to multiply its most prized possession. So acute was the hunger for knowledge. There was a need for men and women of learning in all manner of fields. There was a need for all manner of technical skills. In the postcolonial state everything was in short supply.
The state genuinely longed for progress and desired development and prosperity for the people. But at the old colonial university, it was business as usual. The old colonial professors continued to do the same things they did before.

Even as it routinely graduated students the post colony university faced the crisis of identity. What did it mean to be a university? What does it mean to be African? On the post colonial campus the crisis was deep but these questions were not asked. For a society emerging out of colonialism and in search of its own routes and place in the modern world, the program of learning and research at the postcolonial university were laughable. In the late sixties at the postcolonial university in Nairobi it took a fight by determined young lecturers led by the then young Ngugi wa Thiongo, to get African and non European literature on the curricula.

Five decades on since independence the old question acquires now an urgent tone. How have African universities faired since independence? What goes on there? Is it true what Olugesun Obasanjo once said according to a Nigerian daily, that all that the professors were interested in were drinks and beautiful girls?

In the mid nineteen seventies a famous African Statesman famously declared at Addis, during the Summit of the Organization for African Unity, that Africa had come of age. But throughout Africa even as he spoke, it was the age of the coup de tat. He himself had earned his way to Summit by means of the gun.

About the state of the postcolonial university there is a little known novel called Marks on the Run. It was published at the Ahmadu Bello University (where I taught) in 2002. Written by an Ahmadu Bello university lecturer, the book provides a rare insight as to what does go on in African universities. It is of course a Nigerian book but one can assume that it represents generally the African reality.

Although its author is far from being a great man of letters and in many ways lacks the gift of a writer, Marks on the Run does manage to let one into the world of the postcolonial university in a way that gives the experience akin to that of an on the site observer.

The old colonial campus is no more. No tears. In its place stands a huge edifice, hurriedly put together. Hundreds and thousands of students attend but many have no idea why they are there. The old colonial professor is gone; nobody there talks any more about spears, bows and arrows!

But there are lecturers and professors on campus who know next to nothing about their disciplines, who represent no body of knowledge, that are void of any trappings of culture. To be sure there are exceptions. Living conditions for students are appalling. Rented accommodation in town is worse. Really how anyone could study and learn under those conditions beats imagination.

The old colonial mission of "for the glory of empire" that in the past guided learning and the curricula, is gone. But nothing has been put in its place. In the vacuum, the regime of marks and grades, and the final certificate at the end takes center stage. It is wielded through the combined dictatorship of lecturers and professors who invoke out of context, the African thing about deference to elders. "Where are your manners?" is a constant refrain on campus.

The university has become big business. Fake businessmen haunt the corridors of learning hunting fake contracts to deliver fake equipments and disused reagents. A growing number of lecturers find here a place for marking time and making quick dough. For the majority of students the university has become a place for picking easy grades and unearned diplomas, a far cry from the rigor and discipline of the colonial university. "Where has the good time gone?"

Not long ago, a professor of the Ahmadu Bello University said to me. Here, no one earns their degrees. We dash them. He pointed to a group of his own graduate students lolling under shades in the heat of noon. They included some of his younger colleagues who were pursuing the PhD. Now, to dash in Nigerian terminology is to give away for free.

In the novel, learning and things intellectual take a back seat; money and sex get to replace ideas as the real mode of academic exchange. In real life you see this imprinted on the face of the postcolonial campus through the attention paid to material possessions and the general lack of reference to academic work.

But don't despair, not all is lost on the postcolonial campus. There is present there a band of gifted professors and scores of talented and determined students - young people in love with the idea of a modern and prosperous Africa. There is a battle raging on the postcolonial campus between the good, the bad and the ugly. Marks on the Run by Audee T. Giwa is a report from the frontlines.

Article Source: http://EzineArticles.com/6725460
at 3:49:00 AM
Email ThisBlogThis!Share to TwitterShare to FacebookShare to Pinterest